Snowdog has rescued a huge trailer on the cracked ice 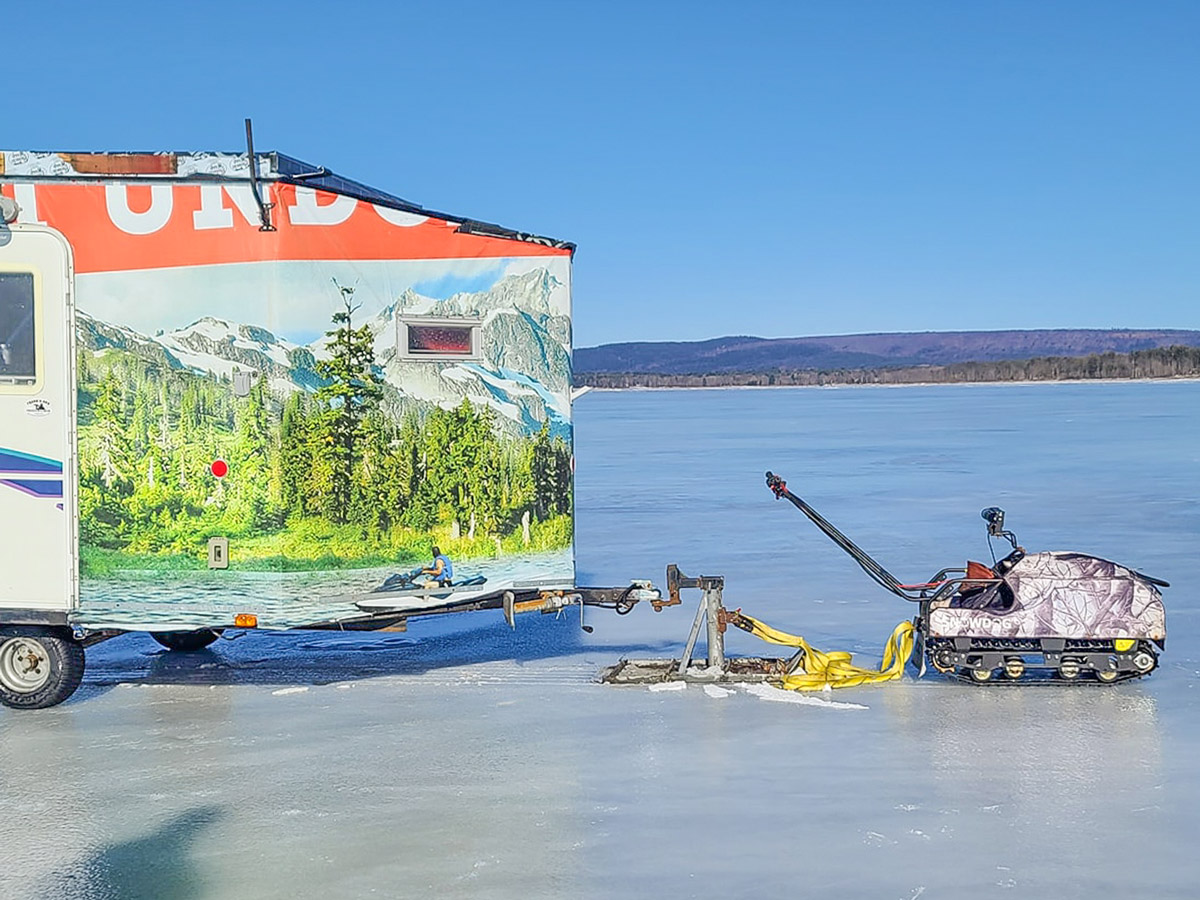 For more than 300 yards, Snowdog hauled a large trailer with a shelter weighting app. 3000 lb over the melting ice. This happened in New York State.
Josh Pettit, an active angler, rode a Snowdog that he has been using for 2 years. Here is what he told us about this incident with the shelter. 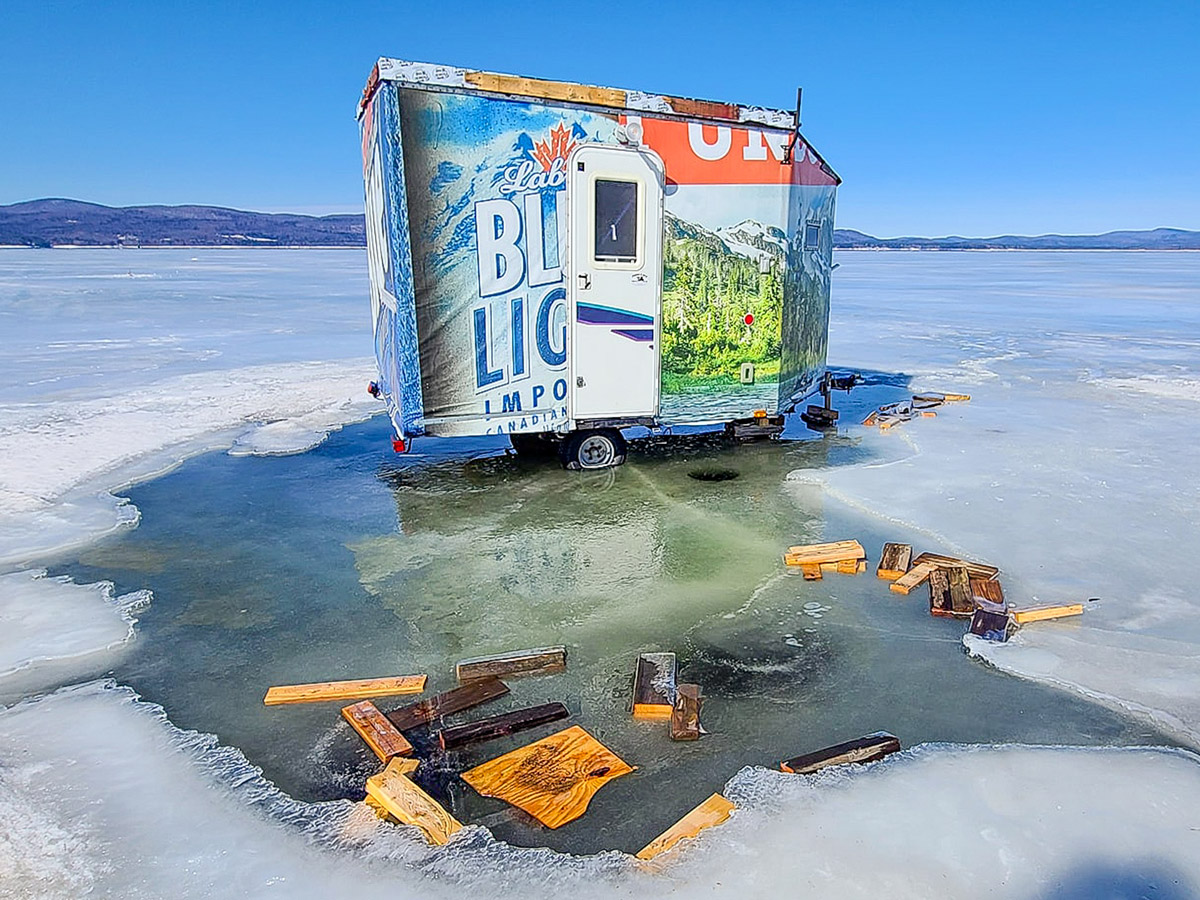 It worked very well. In fact, I was not sure the B7 would have enough power. Once it was hitched up, I gave her some juice and it pulled really good! I was not too concerned with falling in, I was wearing a Clam Ascent Float suit and I was more worried about getting the shanty and all the gear inside it off the lake due to fact the shanty was falling in. 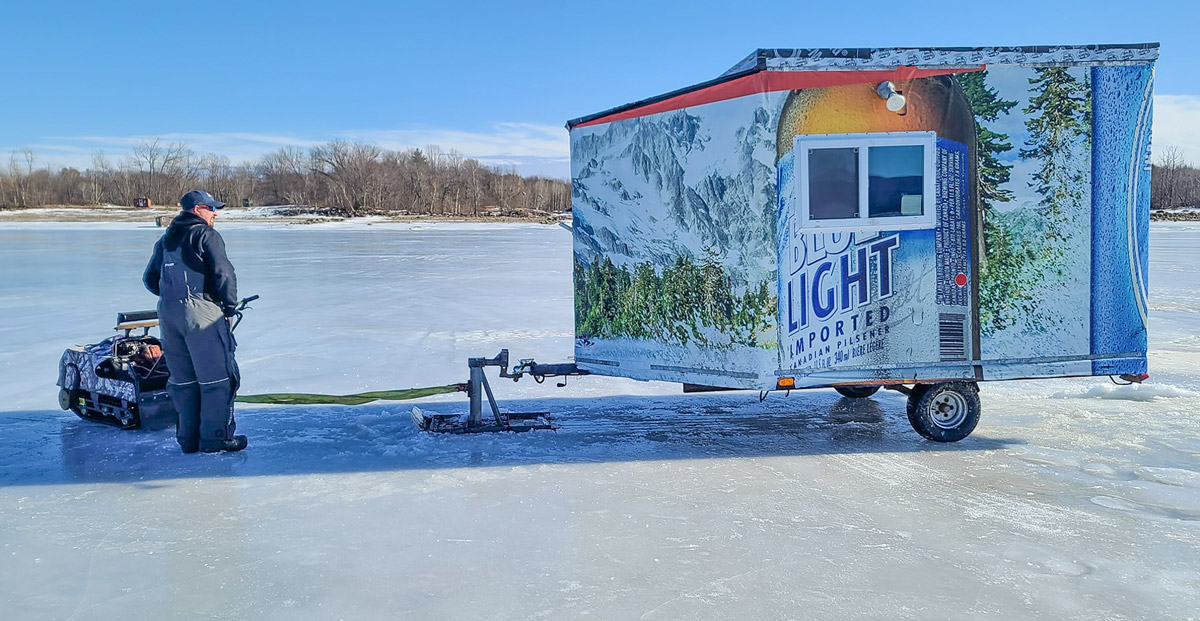 The shanty was loaded with gear also. Tipups, bbq grill, auger, tv, table, beds etc. Once it hitched up, the shanty rolled back into one of the open holes so that's when we knew we had to act fast. If I didn’t stud my track, it probably would not have worked. 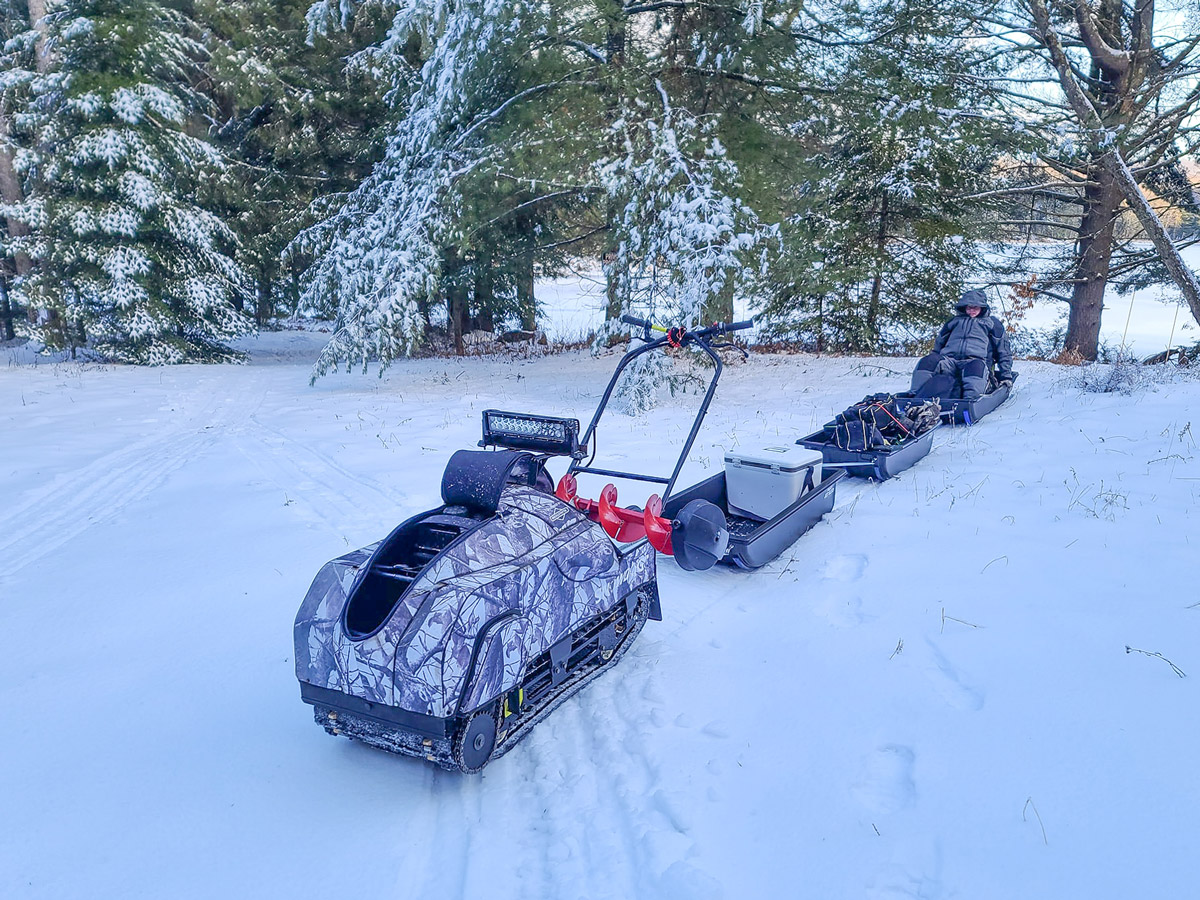 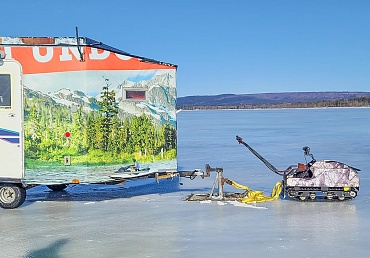 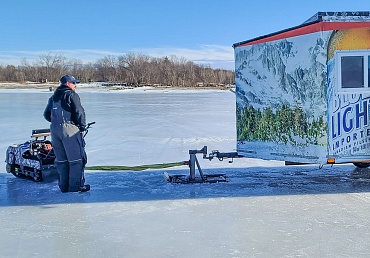 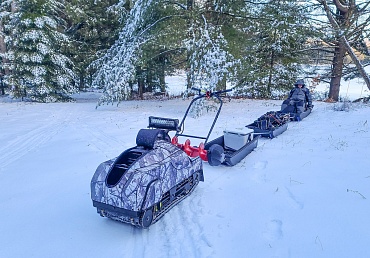