Your region:
Other
Your language:
EnglishFrench
OK
Last time you chose:
FORM TEST GEO
Snowdog Poland O nas Nowości Why did an investigator from Michigan purchase a Snowdog?

Why did an investigator from Michigan purchase a Snowdog? 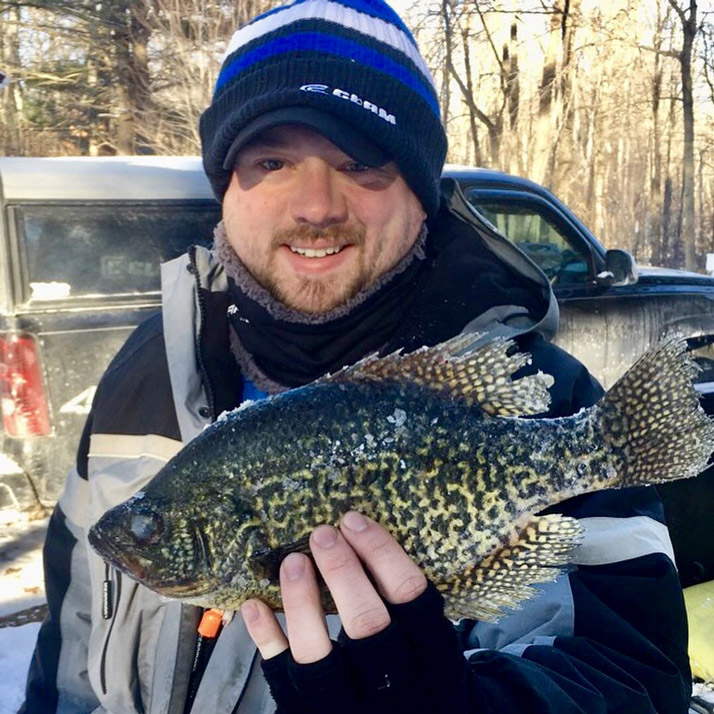 "It is easy to load and unload into a truck without assistance. Its ability to keep me mobile when moving spot to spot until I locate fish… Among other things, hauling logs, transporting bird seed or dog food from storage, trapping, going for rides for fun…”, — these are the main reasons that Randy Lagow explained when talking about his purchase of a Snowdog B13. The past season was the first one for him. And Randy kindly agreed to tell us the details: where he went to, what fish he caught due to his new machine, what conclusions he has made up and how his wife feels about it.

I live in the Central Michigan area. Hunting, fishing, and sports have always been my biggest passions. I obtained my Masters Degree in Criminal Justice and spent several years as an investigator of various sorts before leaving that field to seek better work/life balance. I currently work in the Workplace Safety/Risk management field, but my goal to eventually become some form of professional in the fishing industry, and I have been doing my best to spend all my free time on becoming a better angler. My wife is supportive of my outdoors dreams, ambitions, and hobbies. She also enjoys taking scenic rides on my Snowdog, and soon I hope our first child we are expecting later this year will enjoy taking Snowdog rides as well.

The reason I decided to buy a Snowdog is because of how compact it is to transport by myself, and because of its ability to keep me mobile when moving spot to spot until I locate fish. It is easy to load and unload into a truck or trailer without assistance which was crucial for someone who often goes ice fishing alone. I primarily use my Snowdog for ice fishing, but have used it for many other uses such as hauling logs, transporting bird seed or dog food from storage to where it is needed, trapping, and just going for rides for fun. After one full winter season of using my Snowdog it exceeded all of my expectations. It never left me stranded, it starts every time, it’s easy to load and unload, and its ability to pull an incredible amount of weight if others join your fishing trip validated my reasons for purchasing one and then some.

Where I live in the Central region of Michigan, the winters are very unpredictable regarding weather conditions. This past winter for example, winter got off to a slow start with unseasonably high temperatures that delayed the forming of safe ice to fish on. Because of the Snowdogs light weight and weight distribution, once there was safe ice I was able to travel much greater distances than most other fisherman on foot while the ice was not yet thick enough for heavier machines such as snowmobiles, fourwheelers, Argo, or side by sides. Once winter finally did set in, for much of the winter we had brutally cold temperatures by little to no snow. This made it challenging for many to navigate the slick bare ice. Even without studs the Snowdog was able to pull me and my gear with relative ease, and I never had a single issue with it starting up in subzero temperatures and windchills. 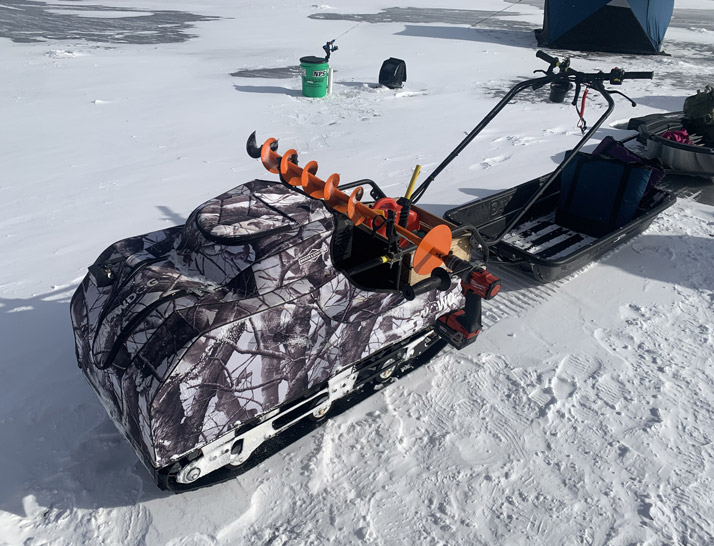 During this past winter I would estimate I used the Snowdog ice fishing once or twice per week on average, with a few 3-4 day ice fishing trips thrown in there as well. I also used the Snowdog a few times per week around the house to haul things around my yard and to take some rides for fun. It is hard to estimate how many miles I put on the machine this season. Some lakes are very large and some are quite small, and sometimes I had to move around a lot until I located the fish and sometimes I found them right away and didn’t need to travel and search. Using my Snowdog aided me in catching lots or panfish (bluegill, crappie, perch) which is what I primarily target in winter, as well as a fair amount of Northern Pike.

The only issue I ever encountered was gasoline spilling over into the oil resovoir due to rough travel conditions while the Snowdog was in the bed of my truck. I leaned on that occasion that going forward I always now turn the gas line off and let the machine run out of gas before transporting the machine by vehicle to prevent this. I changed the oil after this happened and it was good as new. The only thing I would propose to add would be the option to have a tachometer come installed on the motor to aid in tracking hours of use on the machine for maintenance purposes. I also plan on adding studs to the track to further improve traction on bare ice, which is a common occurrence where I live the last few winters.

Here in Michigan I met and or saw maybe 7 or 8 other Snowdog owners out on the ice while I was fishing. I also saw roughly the same amount of people with their own homemade versions of a Snowdog made from scrap snowmobile parts. Wherever I took my Snowdog, whether it was just out to a local lake fishing, or to a large ice fishing tournament, it always turned heads. I was approached by on lookers countless times who wanted to ask questions about it and see it up close. Many had never seen anything of the sort before and many also have heard of Snowdog and seen it online but never seen one in person. 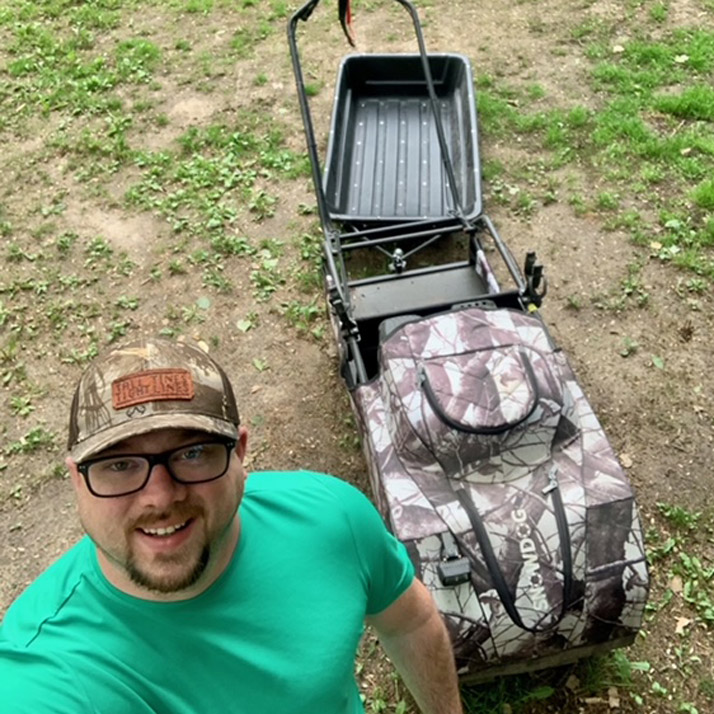 I personally think the relocation of Snowdog to the U.S., especially the Midwest, is great news. I truly believe it will grow the company and the popularity of these machines being in the heart of winter sports country where they will now be much more visible and readily available for purchase. There are a lot of people out there who love winter sports such as ice fishing they just don’t have the space or money to buy a big expensive snowmobile or fourwheeler, and Snowdog is the solution with its ease of transport and compact size, as well as its affordable price point. I believe the move to the US along with networking with the right dealerships can lead to exponential success for Snowdog as well as new found enjoyment for winter sports lovers.